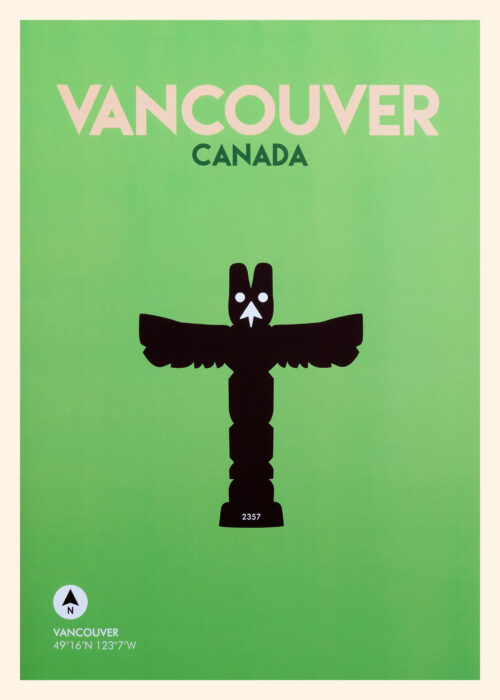 The story of Vancouver

Bears, oceans, hiking trips, hockey, mountains, and modern architecture. That somewhat uncommon mix is what makes Vancouver such an interesting city. Although it has a smaller population than its more famous North American counterparts, the bustling city has a fantastic global vibe. Besides, Vancouver is one of the most ethnically and linguistically diverse cities in the world. Did you know that more than half of the citizens have a mother tongue other than English?

The city was named after the British navigator Captain George Vancouver. In 1792 he explored British Columbia and the Burrard Inlet, the shore where the city now stands. How did Vancouver become such a wealthy and prosperous town in the 1800s? It’s because of a trading post that was set up on the Fraser River. Shortly after, the gold rush followed with another slice of fortune. Thousands of luck seekers travelled to the area and the pioneers kept on coming. The best-known pioneer is a Vancouver legend, “Gassy Jack” Deighton. He opened the first saloon on the Burrard Inlet in 1867, and soon the entire neighbourhood became known as Gastown.

In 1888, Stanley Park opened its doors. This gorgeous and densely forested piece of land is still seen as one of the greatest parks in the world. Its main attraction is a remarkable collection of totem poles that originated in the 1920s at Lumberman’s Arch. In the 1960s, the poles were moved to the more quiet Brockton Point, where you can still visit them today.

Vancouver is often called the City of Glass, after the Douglas Coupland novel. This name fits quite well when you look at the dominant steel and glass architecture of the city's downtown. Vancouver is carefree and utterly friendly, just like the people in British Columbia. They are true masters of active and outdoor living. Surrounded by picturesque shorelines and a glorious mountain backdrop, Vancouver's natural setting is undeniably one of the most beautiful in the world.