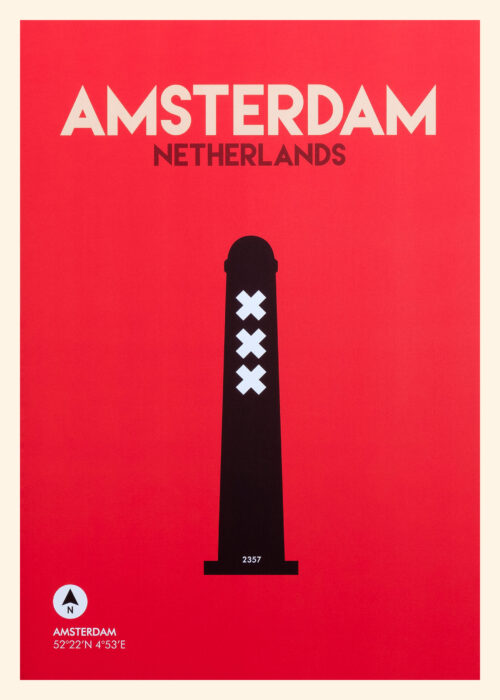 The story of Amsterdam

The greatest small city in the world. Countless tiny bridges, canals, and squares. A surprise around every corner, and traffic jams caused by cyclists. That’s Amsterdam, formerly known as Amstelredamme. Where does this exceptional name come from? Well, it refers to a dam once located on the Amstel, the city’s main river.

The earliest records of Amsterdam take us back to the Middle Ages, when the town was already well-established and thriving. Count Floris V is the man to thank for that. He allowed traders, sailors, fishermen, and inhabitants to navigate freely on the Amstel River without paying a toll. This decision boosted commerce and turned Amsterdam into a flourishing medieval town. In the centuries that followed, the status of Amsterdam only grew richer. In the 17th century, the city surfed the wave of the Dutch Golden Age and became one of the wealthiest ports in the world. By the 1680s, nearly 1000 Dutch ships set sail for the Baltic Sea every year, and the Dutch East India Company was among the first to trade with Asia. It’s because of their trading that stocks originated, and Amsterdam became home of the very first stock exchange in the world.

Today, Amsterdam is often called Mokum—the Yiddish word for “place” or “safe haven.” In the city centre, there is one particular neighbourhood named the Grachtengordel, meaning “canal belt” because of the four main canals in that area. When you walk through town, you’ll come across many traffic bollards that line the city’s sidewalks. Their nickname is Amsterdammertje, meaning “little one from Amsterdam,” and they are proudly decorated with the three Saint Andrew's crosses from the city’s noble coat of arms.

Amsterdam is absolutely amazing. It is a picturesque city with an extraordinary history. The town might be known for its liberalism and tolerance, but it is actually the people, the culture, and the legendary stories that make this place so magnificent.