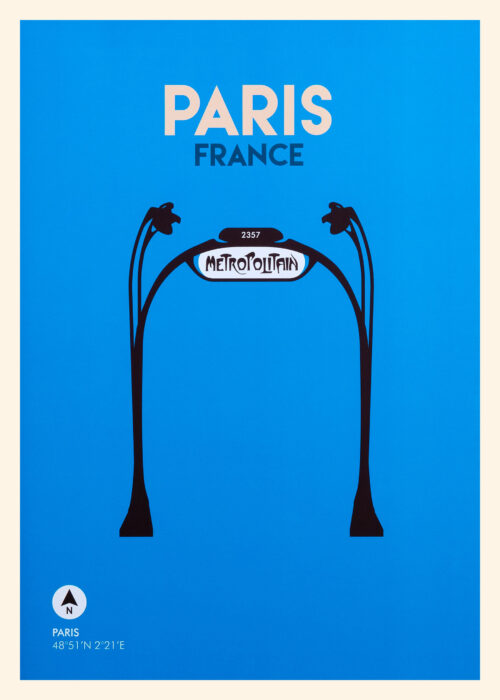 The story of Paris

Aaah, Paris! With your Moulin Rouge, your Champs-Élysées and your Notre-Dame, your cafés with tiny coffees and croissants, and your Seine. You truly are the city of love. This lovely city was founded in the 3rd century BC by a Celtic tribe named the Parisii. By the Middle Ages, Paris was the largest city in Europe. It was a religious and commercial hub. In the 13th century, it also became the intellectual capital of Europe thanks to the Sorbonne, one of the first European universities.

You would never guess, but beneath its beautiful architecture, Paris hides a real-life labyrinth. The Romans are to thank for that. They excavated limestone from the Parisian soil to construct buildings all around the city. In the 12th and 13th centuries, the population of Paris grew, and again, limestone was high in demand. Since the 16th century, the stone caves have been used in many ways: as burial grounds, as a place to grow mushrooms, and the French Resistance even used them during World War II.

Did you know one of Paris’s nicknames is Paname? It comes from “the panama”, a hat worn by the workmen who dug the Panama Canal. This hat was exported to the United States and Europe and it was hugely popular among Parisian men.

The most famous architectural icon of Paris is, without a doubt, the tour Eiffel, but the Arc de Triomphe is a close contender. This masterpiece was constructed between 1806 and 1836 and stands as the most colossal of all celebrated arches. One level below, Paris hides another gem, the Métro de Paris. Art nouveau architect Hector Guimard designed it in 1899, and its cast iron entrances have become emblematic of Paris. Of the 141 entrances that were built, 86 remain today.

Paris is stunning. It’s a place where artists, writers, actors, and musicians have always been drawn; a town where the most creative minds from across the globe come together; a city where dreams are made and the culturally passionate find their soulmates.