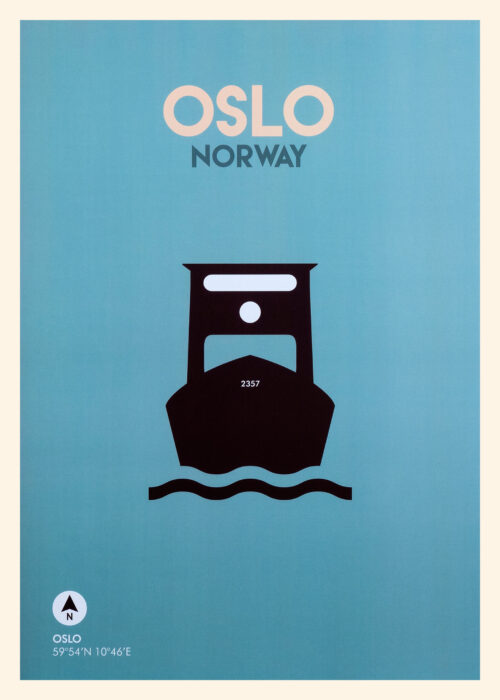 The story of Oslo

In Oslo, you don’t have to go far to forget that you’re in a city. With its forests, hills, and lakes, Oslo has perfectly preserved its natural beauty. As the city grew into a European metropolis, nature and urban design brilliantly collided. Just look at the waterfront of the Fjord, with the Opera House as an architectural masterpiece.

But what does the name Oslo mean? Well, there is some uncertainty about it. Os could mean a long and narrow hill, or a pre-Christian god, and Lo generally refers to a field. So the name can mean “the field below the hill” or “the field of the gods.”

The first signs of urban settlement go back to the year 900, and by the year 1300, Oslo was an important trade centre. Sadly, a great fire destroyed most of the city in 1624, but the Danish King Christian IV rebuilt it and gave it a new name: Christiania. This lasted about 300 years, until Oslo was reinstated as the capital’s official name in 1925.

Did you know Oslo has the honour of awarding the Nobel Peace Prize every year? The four other Nobel Prize ceremonies take place in Stockholm, but Alfred Nobel declared in his will that the Norwegian Nobel Committee should select the recipient of the Peace Prize.

Around 1870, Oslo got its nickname Tigerstaden, or “the City of Tigers,” from author Bjørnstjerne Bjørnson. To him, the capital of Norway was a cold and dangerous place. Today, the city is far less dangerous, yet it is just as cold. Nevertheless, the nickname has achieved an almost official status.

Oslo is famous for the Oslo Fjord, along which you’ll find different splendid islands that you can reach by ferry. In the summertime, locals go there for a swim, while tourists are drawn by the unique character and history of each island. Oslo is an exceptional town. One that radiates youth, ambition, and quality of life. It has a phenomenal location along the water, captivating nature all around with modern architecture to top it off.