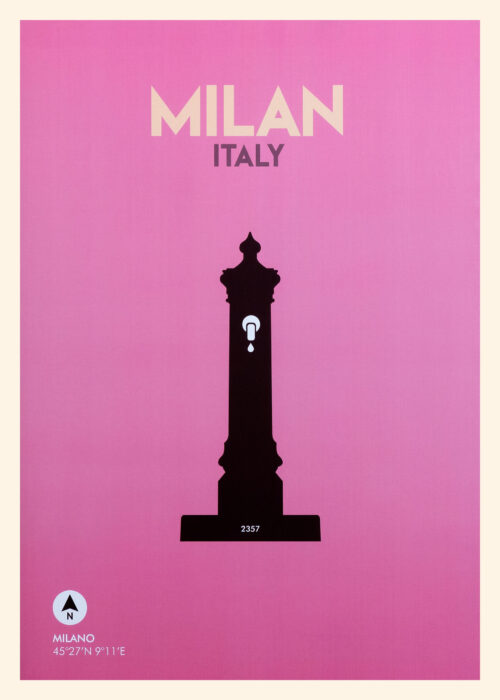 The story of Milan

From Fashion Week to Furniture Fair, Milan is undeniably the most stylish of cities. Milano. The name alone radiates a grace that few other cities possess. Coming from the Latin Mediolanum, it combines the words medio, “in the middle,” and planus, “plain.” Back in the day, it referred to Milan’s location in the centre of the Po valley, but today, Milano is known as the centre of all that is fashion and design. How did Milan rise to fame? Let’s take it back to the Renaissance when Ludovico Sforza was the Maecenas of Leonardo da Vinci and the dukes of Sforza ruled the city. With their fame came great fortune, and Milan became known as the rich city in the north for centuries to come. Immigrants from the south came quickly. They travelled through Italy in the 20th century in search of a better future. This stream of southern curiosity turned the town’s population into the multicultural mix it is today.

When in Milan, take a stroll through the Galleria Vittorio Emanuele II. Be sure to look down at the marvelous mosaic floors and find the portrait of the bull. There’s a hole in the floor where its testicles used to be. Why? Well, it is believed that people will receive good fortune by spinning on that spot three times while standing on their heels.

Did you know Milan is nicknamed the “drinkable city” or “Milano da bere?” An advertising copywriter composed the phrase for a local tonic liquor in the 1980s. His ad portrayed Milan’s positive spirit as a wealthy and ambitious city. Today, however, the phrase has a slightly less pleasant connotation and is used to describe the unscrupulous young go-getters in town. In a way, you can also take the phrase literally. Milan is filled with Vedovelle, small water fountains where passersby can quench their thirst. The first one was built in front of La Scala Opera House in 1931.

Milan is a remarkable city. It is a financial hub full of natural glamour, breathtaking beauty, and exciting mystery. To the world, it is the capital of the catwalk, but to the locals, it is so much more. With its rich culture and delightful cuisine, Milano will blow you away.