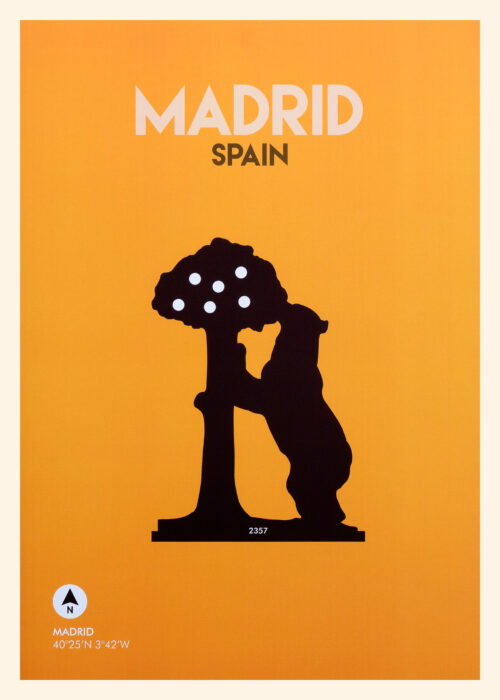 The story of Madrid

“If you’re in Madrid, you’re from Madrid.” The saying says it all. Madrid is one of the most welcoming cities in Spain, perhaps even in the whole world. Maybe it has something do with the slightly thinner air, since Madrid is the highest European capital at 667 meters above sea level. The name Madrid comes from Matrice, a little village that was founded by the Romans on the banks of the Manzanares River in the 2nd century BC. Today, that little Roman village is a European metropolis. Everywhere you look, you’ll find magnificent boulevards, beautiful parks, glorious monuments, and stunning architecture. Who’s to thank for all this beauty? That would be King Charles III, the “Best Mayor of Madrid.” He gave the city its grandeur in the 18th century with must-sees like The Puerta de Alcalá, Paseo de la Castellana, and the Royal Palace.

If you have a passion for art, you are right at home in the heart of the city. Here you’ll find the Prado, the Reina Sofía, and the Thyssen-Bornemisza Museum all within walking distance from each other, forming el Triángulo del Arte.

Did you know the Madrileños are nicknamed gatos or “cats?” Why cats? Well, during the Arabic invasion, a brave soldier climbed the city’s walls with cat-like sprightliness to change the Moorish flag to the Christian one. A more fun explanation for the name is that the Madrileños like to stay out all night, just as cats do. And yet the symbol of the city is not a cat. It is a bear eating berries from a madroño tree, an evergreen type of strawberry tree.

This famous icon on the coat of arms, “El Oso y El Madroño,” symbolizes growth, possession, and prosperity. Magnificent Madrid is one of the warmest and friendliest Spanish cities. The town welcomes people from all walks of life with open arms. It’s the business and political centre of Spain, but most of all, it is home to an exceptionally diverse crowd of citizens, who all have one thing in common: they embrace the true meaning of fiesta.