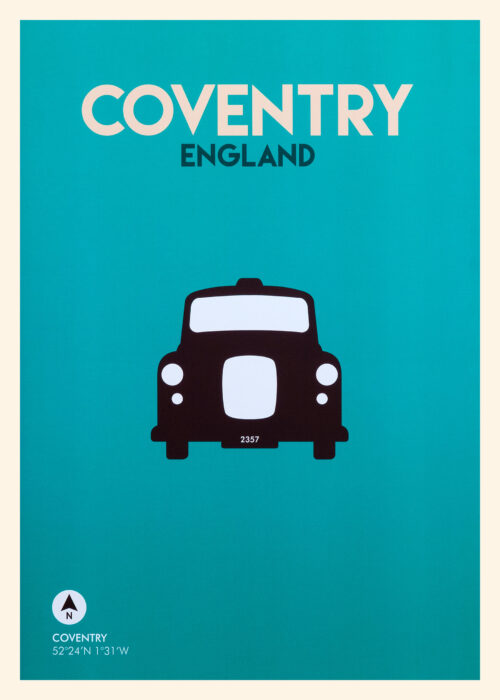 The story of Coventry

Nestled in the heart of England, the industrial city of Coventry was once England’s driving force for innovation and product development. The name Coventry originated around 700 AD. Plenty of theories exist about the meaning of the name, but Cofa's tree is probably the most likely one. What’s the story behind it? Many believe that a man named Cofa planted a tree that marked the centre or boundary of the first Saxon settlement, which then became Coventry.

Thanks to its booming cloth and textile trade, Coventry became one of England’s most important cities during the Middle Ages, and this entrepreneurial spirit never left. In the 19th and 20th centuries, Coventry became the industrial centre for the British motor and bicycle trade. It was even the capital of England on a few occasions. The first time was when Henry IV asked for funds to fight a rebellion in 1404, and he summoned a parliament in Coventry. This happened again between 1456 and 1459, but ended in 1461 when Edward IV took the throne.

Coventry has a very original nickname: “Peeping Tom.” So who is this Tom? Well, the story goes that Lady Godiva once rode naked through the streets of Coventry in an attempt to lower the crippling taxes that her husband had imposed on his tenants. She asked the town’s people to stay behind closed doors. Tom, however, could not resist the temptation to take a peek, and with his curiosity the nickname was born.

Since the 1950s, Coventry has been one of the largest black cab manufacturers, along with its Chinese partnering company. Two thirds of the cabs in London are built in Coventry.

Unfortunately, Coventry was completely destroyed by bombings at the beginning of World War II. This lead to a radical redesign of the city. By the 1960s, Coventry was a model of modern, brutalist architecture. Even the cathedral was rebuilt in 20th century style and is now one of the city’s post-war architectural success stories.

Today, the population of Coventry is particularly young. It’s a marvelous mish-mash of identities, which keeps this city at the heart of England as lively as it has always been.