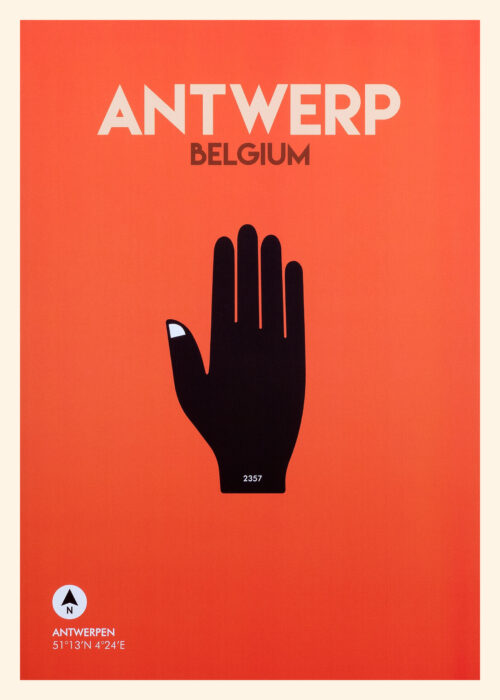 The story of Antwerp

Antwerpen. ‘t Stad. Belgium’s largest city. Or at least in population. If you would ask its proud inhabitants, no other Belgian city will ever compare on any scale. Though Antwerp is a large city, it isn’t known for many skyscrapers. Nevertheless, the very first one in Western Europe was built in Antwerp in 1931, the Boerentoren, and you can be sure that this amazing city has many more trumps up its sleeve. From its world famous diamond industry to its port that connects the city to every continent in the world, Antwerp is an icon.

What’s the story behind this city’s great name? According to one of the legends, there once lived a great giant named Antigoon on the banks of de Schelde. He ordered passing boatmen to pay a toll. If they refused, he would sever one of their hands and toss it into the river. One day, however, a young Roman soldier by the name of Silvius Brabo came by. He severed one of the giant’s hands instead and threw it into the river. Just like that, from the Dutch words hand werpen and the Old English wearpan—both meaning “to throw”—the city’s got its name. And brave Brabo? He was honoured with a statue in front of the town hall.

In the 16th century, Antwerp grew to be one of the richest cities in Europe thanks to its port. Merchants from all over the world came to its trade fairs. The port briefly lost some importance in the 17th century, but it revived again in the 19th century. It was also around that time that grain and cocoa from around the globe was imported into Antwerp. Biscuit factories sprouted all over town and that’s how Antwerp got its nickname “koekenstad,” literally meaning biscuit town. The port brought Antwerp great commercial success. With that success, a diverse population of artists, merchants, and students from all over the world arrived in town. They gave the city its cosmopolitan flair and the citizens their well-known, self-assured attitude. Some might call it mouthiness, while others say it is just charming confidence. But everyone agrees that that’s what Antwerpians are known and loved for.